Invest Yourself For a Better Retirement™ 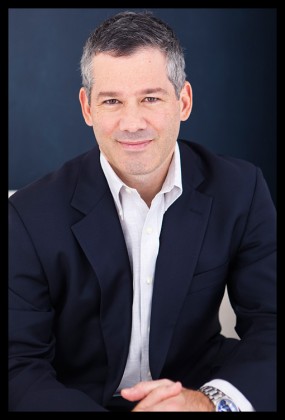 John founded Nested Interest LLC, out of a passion to provide objective, accessible, and well-engineered retirement income advice to the general public.  Drawing upon his more than 20 years of experience as an actuary in financial services, John has developed a suite of tools, insights, and frameworks that allows users to cut to the issues that matter most when creating a retirement income plan, and go beyond the narrow concern of risk and return on investments.

John was a Partner at Deloitte Consulting, where he spearheaded a practice that provided retirement income advisory services to a variety of Fortune 500 financial institutions. He helped his clients design and develop more effective product strategies and analytical tools to assess the retirement income needs of their clients. Leveraging his background in actuarial science, finance, and risk analysis, John invented break-through analytical techniques and product concepts that established him as an industry thought-leader in retirement income planning.

John has also led assignments and held various roles in a variety of areas within the life insurance industry, including risk management, financial reporting, valuation, mergers and acquisitions, demutualizations, performance measurement, and business strategy. He was also with American International Group for approximately three years, where he had certain actuarial oversight responsibilities within its World Wide Life & Retirement Services segment, and helped manage the execution risk associated with the sale of ALICO to MetLife.  These experiences has allowed John to understand the inner workings of financial products, how the provide protection against risk, and the measures that insurance organizations take to make sure they can meet these obligations.

While attending Columbia Business School, the birthplace of value investing, John studied capital markets, investment management, quantitative corporate finance, and securities analyses under the “gurus of Wall Street’s gurus”, making him well versed in the different schools of thought within the investment community.

John has served in several professional committees, including the Society of Actuaries Financial Reporting Section Council (which he Chaired), an Expert Panel of the AICPA, and is currently serving on the American Academy of Actuaries Lifetime Income Risk Joint Task Force.

John is actively involved in his local community, having served on the finance and compensation committees of the United Way’s Hartford, Connecticut chapter, and currently serving on the finance committee of the United Way’s Westchester & Putnam County chapter. John was also a participant in the American Leadership Forum, organized by Leadership of Greater Hartford, where he and his colleagues hosted a forum on asset-building initiatives for the economically disadvantaged. He also coached youth football for several years in West Hartford, Connecticut. John is actively involved in the United Way’s Financial Education Program, giving presentations to employees and members of local nonprofit organizations on budgeting and planning issues.

John received his BA in Mathematics/Actuarial Science from The University of Connecticut, and his Master of Business Administration from Columbia University, graduating Beta Gamma Sigma. He is a Fellow of the Society of Actuaries, a Member of the American Academy of Actuaries, and a member of the Financial Planning Association.

John lives in Edgemont, New York with his wife and two sons.

Kaushik Amin was Head of FICC Americas at UBS from 2010 to 2012 where he was responsible for a fixed income business generating $2 billion in revenues (~$900MM of pre-tax income) with 800 front office employees. In 2009, Mr. Amin was Chief Executive Officer of RBS Sempra Commodities, a $1.5 billion revenue (~$600MM of pre-tax income) platform with $3.5bln of equity and a headcount of 1100 that focused on commodities trading. The European Commission mandated the sale of RBS’s stake in October 2009 when the business was sold to JPM.

From 1994 to 2008, Mr. Amin worked at Lehman Brothers.  In his final role, he was the Global Head of Liquid Markets (Rates, FX, Emerging Markets, Commodities, Insurance Solutions, and Proprietary Trading). He managed a headcount of roughly 1000 that was absorbed by BarCap and Nomura, propelling their success in Fixed Income. Under Mr. Amin, Lehman Brothers was a top 3 global firm with 2008 annualized revenues of $2 billion per year in liquid markets. Mr. Amin holds a Bachelor of Technology in Mechanical Engineering from the Indian Institute of Technology and a Ph. D. in Finance from Cornell University.  He was a finance professor at the University of Michigan from 1989 to 1994, conducting research in and teaching in asset pricing, derivatives, and financial markets.

From 2006-2010, as executive vice president of AIG Worldwide Life and Retirement Services, he was a principal architect in recasting the corporate center to improve international alignment and global operating performance.

From 2002 – 2006, as senior vice president and chief strategy officer for Lincoln Life and Annuity David’s accomplishments included the consolidation of the Lincoln Life and Retirement organizations. He also managed the Lincoln Forum for Growth, a cross enterprise body of senior executives and separate businesses working collaboratively to achieve Lincoln’s strategy of retirement market leadership.  David was also responsible for the profitable growth of term insurance and long term care business lines.

He formerly served in a number of senior executive positions with the Connecticut Mutual Life Insurance Company, now Mass Mutual.

John has spent his career building and operating wireless, cable and broadband services companies and has recently been an active investor in emerging technology and consumer services businesses.  As the founder, CEO or CFO of private-equity backed companies he has been an innovator in using emerging technology advantages (VoIP, digital video, data compression, etc…) to compete successfully against the largest national communications and broadband services providers.

Currently he is the CFO of Data Intensity, a cloud services and applications management company. His prior successful ventures have included Vivaro, a Hispanic focused communications and financial services business with 15,000 points of distribution nationally, Conversent Communications, an eleven state competitive local exchange carrier that served 50,000 business customers and was sold to One Communications; and Utilicom Networks a provider of cable tv, internet and telephone services to 25,000 residential and business customers.

Early in his career John was VP of Wireless Operations at SNET (now owned by AT&T Wireless)  and was the founder of Independent Wireless One, a Sprint Wireless Affiliate. He also worked in the PriceWaterhouseCoopers M&A Advisory practice where he advised clients on company acquisitions in the technology, media and communications  and consumer products spaces.

John is a CPA and a graduate of the University of Connecticut. He has spent his career working and living in the greater Boston and NYC areas with his wife Linda and three children, Johnny, Patrick & Kelly and currently resides in Wilton, CT.